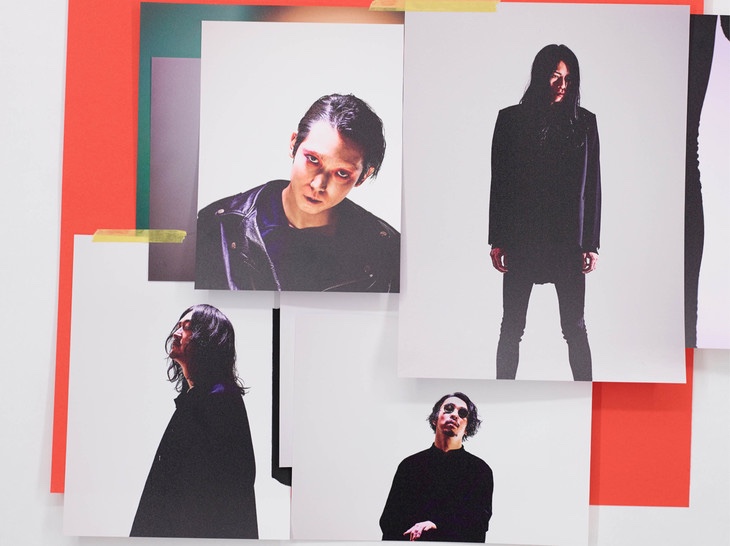 After releasing a track from this album every week or so, The Novembers’ seventh full album is unleashed in full today, a stunning darkwave tinged rock affair smothered in shades of Nine Inch Nails, Meat Beat Manifesto and more.

While there aren’t too many new songs if you were listening to each of the singles week after week (I shared a few in posts previously), everything here is dazzlingly produced, magnificently performed and spectacularly cohesive. “Angels” dances between immersive noisecore and lighter new wave-meets-dreampop, and the result is an album that never strays too far from its established styles, and that’s not a bad thing at all.

“Tokyo” opens the album in slow burn style, building and building as it leads into “Bad Dream”, one of the hardest offerings on “Angels”. Walls of guitar, a drum solo and distorted vocals truly give the feeling you’re caught in a nightmare and fighting your way out.

“Everything” is the good dream that you swim into after the nightmare, but right before waking. A beautifully dense dreamscape of airy synths and a trotting electronic beat with layered harmonic vocals really set the song apart from everything else on the record, I couldn’t get enough of this song when it was released as a single, and I’m still not over it. What a song.

“Plastic” sits somewhere between liquid jazz and electronica, firmly on the fence and it’s short enough that it doesn’t lose your interest with its indecision.

“Down to Heaven”, “Zoning”, and “Ghost Rider” round out the first act of the album on a harder and edgier note. “Heaven” is the track I called the most Trent Reznor, with its slinky vocal delivery and plodding bass synth setting a very intense vibe from the opening seconds. “Ghost Rider” is probably the noisiest offering on the album, perfect for those nights you just wanna scream.

Penultimate track “Close to Me” represents more of the direction I wanted from this album, as The Novembers excel at indie pop more than they’d like. It’s as good as “Everything”, and would have slotted perfectly as its B-side had the former been a properly released single.

Title track “Angels” is our final song, full of hypnotic melodies, psychedelic guitar performances and more walls of distorted noise (certain sections of this song reminded me of MBV and Melody’s Echo Chamber). Clocking in at just over 6 minutes, it’s the longest track on the album, and definitely the perfect choice to close out with.

The Novembers have never had to prove their versatility, with each one of their albums exploring new themes and sounds, and “Angels” continues the trend. While not as long as previous records, this one makes up for quantity with quality, as there’s not a single song that isn’t worth your time. The highs are fucking high.